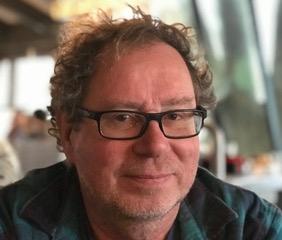 Theoretical population geneticist, Peter Beerli, maintains and further develops software that he started to write around 2000. The computer program, “Migrate,” uses genetic data to evaluate the size of populations of animals, plants, or pathogens and the magnitude of migration among these populations. Many biologists in the fields of evolution, population genetics, conservation, and biogeography use his software.

He did not focus on software writing while working on his Ph. D. In contrast, he was interested in studying the time of speciation of several species in a group of frogs in the Mediterranean. He then realized that the computer program needed for his research did not exist in the 1990s. “There were no methods; I was very unhappy about that, so I thought why don’t I write the methods myself?” he says. Now, hundreds of scientists worldwide use this program in research ranging from human evolution to the study of humpback whales.

“Migrate” was initially designed for small genetic datasets and slow computers. However, available data grew immensely with new DNA sequencing technologies. Dr. Beerli improved his code to run in parallel on large computer clusters, such as the one at the Research Computing Center’s HPC cluster. He uses the HPC for developing and testing his code. In particular, the large number of available CPUs allows him to run large-scale simulation studies to test the accuracy of his methods.

As a result, this has helped to promote scientific discoveries all over the world, including a 2010 study that used the genetic history of human influenza to track the disease’s migration patterns. This research led to evidence supporting long-term survival of particular influenza strains in locations other than their centers of origin and their potential future global recirculation. This observation suggests that we may need to have a more global perspective for pathogen surveyance and vaccine development.

“I see myself as a toolmaker,” says Dr. Beerli, “so I provide tools to other researchers, and I use the RCC to validate my programs.”