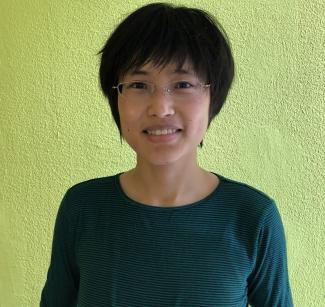 Dr. Julia Wang is an assistant professor in the Biomedical Sciences department of the FSU College of Medicine. The primary focus of her research is understanding diabetes from a molecular perspective.

Beta cells are the most important cell type to secrete insulin. Since diabetes is generally caused by beta cell dysfunction, Dr. Wang’s research aims to see what went wrong in the beta cells of people who have the disease. A technology called single-cell transcriptomics allows analyses to be made by zooming in to see the entire gene expression landscape of beta cells. The beta cells that are then found in diabetic patients are compared to the ones in controlled patients. This allows Dr. Wang and her team to generate many new hypotheses and investigate several mechanisms during the process of her research.

Single-cell transcriptomics data is both big and complex. To accomplish the goals of her research, Dr. Wang must align data to the human genome, quantify what the corresponding gene expression reads and perform downstream analysis to tell the difference between beta cells in diabetic patients and controlled patients. This whole procedure is performed through resources provided by the Research Computing Center (RCC). The RCC provides access to many resources to perform complex data analyses at a faster pace.

Most of Dr. Wang’s research is conducted on primary human samples and tissues to ensure findings are relevant and directly translatable to the clinical management of diabetic patients. Recently, a population of endocrine progenitor cells was identified in the adult pancreas. By using single-cell transcriptomics, Dr. Wang and her team can systematically characterize the population. Now that they know the population exists and know the characteristics of it, they can potentially find ways to use it to derive more beta cells. By making more beta cells, they hope to eventually get closer to a cure for diabetes.

“I think diabetes is one of the most important diseases,” Dr. Wang said. “It’s estimated that one in three people by 2050 will have diabetes, and the majority of these people will be undiagnosed because they don't know they have diabetes until they start showing bad side effects and other symptoms.” On the bright side, by understanding the process of diabetes from a molecular perspective, Dr. Wang hopes to find a new direction where a cure for diabetes can be developed.