Jail breaking the PDF and digitizing biological Collections at iDigInfo 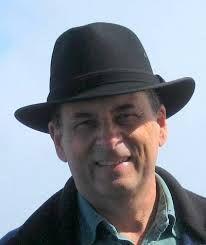 In the era of big data, the dissemination and management of scientific information is becoming an increasing challenge for researchers. The Institute for Digital Information and Scientific Communication(iDigInfo) at the College of Communication and Information is a new Research Institute at Florida State University aiming to make a dent in that challenge. To that end, iDigInfo and its director, Greg Riccardi, have been a major part of several national research grants.

One such project is the Military Suicide Research Consortium (MSRC), a collaboration with Florida State’s Psychology Department. As part of the MSRC, staff at iDigInfo have compiled a large collection of scholarly research and are exploring ways to extract scientific data from the texts. "Currently the majority of scientific information remains 'locked up' in PDF format," states Greg Riccardi, iDigInfo Director, "and that information is not easily queryable or exportable for other researchers to work with." If iDigInfo can demonstrate a method for exposing scientific data in MSRC texts, those techniques would be applicable across many other scientific domains.

Another one of iDigInfo’s projects is the Integrated Digitized Biocollections grant, or iDigBio for short. iDigBio is a major National Science Foundation-funded initiative which aims to digitize and make available the nation's biological specimen data. iDigInfo is collaborating with the University of Florida and other institutions to organize a massive amount of visual and text data collected from biological research centers all over the country.

Behind these and other projects is the Research Computing Center infrastructure. The Research Computing Center and iDigInfo have shared knowledge and collaborated closely to build the SKY system, a cloud computing platform for research at Florida State. The SKY system allows researchers to provision and manage servers on-demand for everything from Web portals to data processing nodes. States Riccardi, "[The SKY system] currently powers most of our IT infrastructure at iDigInfo."