Examining the Emissions Riskscape of Minority Communities in the US 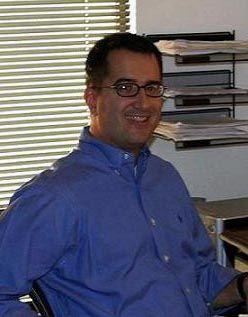 There is an undeniable stigma associated with poorer or more ethnically homogenous communities receiving unjust attention from government parties. Christopher Reenock decided to take a closer look and see which communities are facing greater risks. Furthermore, he wanted to find out what services government parties are providing for these neighborhoods.

As part of an NSF-funded project, Christopher teamed up David Konisky from Indiana University and RCC staff to construct a model of what the riskscape over the contour of the United States looks like. This helped him visualize and develop a sense of whether there are more facilities that emit toxic emissions in the air operating in poorer or more ethnically homogenous communities. Chris used data that the Environmental Protection Agency has from an inventory called the Toxic Release Inventory. This agency codes all of the emissions that these facilities release into the air on an annual basis.

Chris put the raw data samples through the Risk Screening Environmental Indicators model. The RESI model shows the average level of risk due to these releases. “This is when the RCC’s resources came into play. There was about 1.7 terabytes of data, and the RCC helped us reshape the raw data from the EPA and put them into census tracts,” said Chris.