A Statistical Look at Harmony in Music 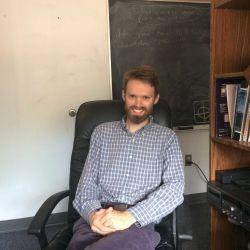 Daniel Tompkins, an alumnus from the FSU College of Music, found a unique way to use machine learning to conduct music research. Using RCC resources, Daniel analyzed the harmonies and chords in hundreds of early music manuscripts. His goal was to create an approach that allows users to computationally distinguish and classify music from different eras and genres.

To expedite his findings, Daniel used RCC resources. Rather than running the computations on a typical computer, he was able to develop and run algorithms that allowed his analysis to run in parallel on the High Performance Computing Cluster, which according to Daniel, “saved literally months of time.”

Daniel’s aim was for his methodologies to be used as a way to develop a greater understanding of early music. According to Daniel, many assumptions have been made in order to teach music theory. Much of the current understanding of early music is based on historical writing influenced by textbooks from the 1400s. The current body of knowledge assumes all composers followed a stringent and particular set of rules. However, Daniel’s research proved these assumptions hold true only under certain circumstances, even historically. For example, music composed for the church followed very strict rules, while music performed casually did not--similar to the pop music we have today.

Although the focal point of Daniel’s work was music from the Renaissance and Baroque eras, he hopes his research and methodologies can be used by other scientists and institutions to analyze music from their own areas of expertise--a colossal task that is made possible by research computing “The RCC and its services really came into play and helped me save a great deal of time during this research,” said Daniel.